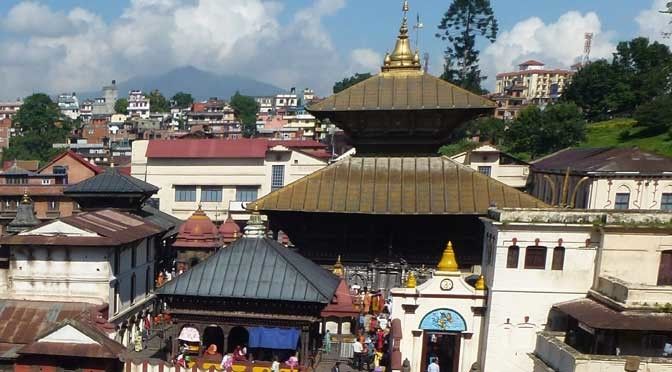 Jay Shree Pashupatinath Temple is the most important Hindu pilgrimage site located east part of Kathmandu valley. Pashupatinath temple is a temple of Lord Shiva and is the holiest place for Hindus. The sacred temple lies on the banks of sacred Bagmati River, Kathmandu, Nepal.

Non-Hindus are strictly prohibited to entering the main temple. As the name suggests, it is a Hindu temple. It is situated on the banks of river Baghmati. Thousands of pilgrims and visitors visit this temple every year. Pashnumpatinath is another name of lord Shiva.

In this temple, Lord Shiva is worshiped in the form of Lord of Animals. Maha Shivaratri is a popular festival of this temple, which attracts about a million devotees.

What is the history of Pashupatinath Temple?
The exact date of construction of this temple is not clearly known. Some saythat this temple was founded in 3rd century BC. A king named Pashupreksha of Somadeva Dynasty had constructed it. Another record says that the temple was constructed, in the15th century by King Shupuspa of Lichhavi dynasty. There was countless big and small temples, constructed along with the main foundation.

There were many legendary stories behind the formation of this temple. Lord Shiva once took disguise as an antelope. The Gods found him and grabbed his horn. They forced Shiva to come back to this original divine form. The broken horn was found by a herdsman, whose cow was showering the earth with milk. The broken horn came up from that point. It is now worshiped as the linga of Pashupatinath. There were several other stories behind the origin of Pashupatinath temple.

What to see at Pashupatinath?
The area of Pashupatinath extends up to 264 hectares, including about 518 temples and monuments.
Main temples of Pashumaptinath includes Vasuki Nath temple, Surya Narayan temple, Budanil Kantha Shrine, Hanuman Shrine, Unmatta Bhairav temple, Kriti much Bhairav Shrine and other 184 Shivaling Shrine.

The main temple is two tire pagoda temples, with a height of 23.6 meters. The doors are heavily ornamented with silver and gold paints. The paintings depict images of guardian deities.
At the north-eastern corner, there is a temple of Vasuki, who is worshiped as the king of Nagas.
Arya Ghat holds a place of superior importance. It is the place from where you can get the holy water of Pashupatinath Temple.